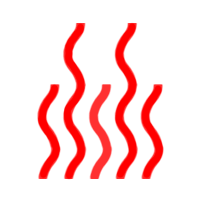 Non-flammable vapor-permeable membrane does not allow moisture to penetrate from the outside of the facing materials and does not interfere with the escape of steam from the inside.

releases steam from the insulation and excludes moisture condensation, which forms on the inner surface of the enclosing structures

displaces the dew point from mineral wool to the membrane surface

Superdiffusion membrane made on the basis of inorganic mineral components, used as a wind-waterproof layer during the installation of ventilation facades and pitched roofs. 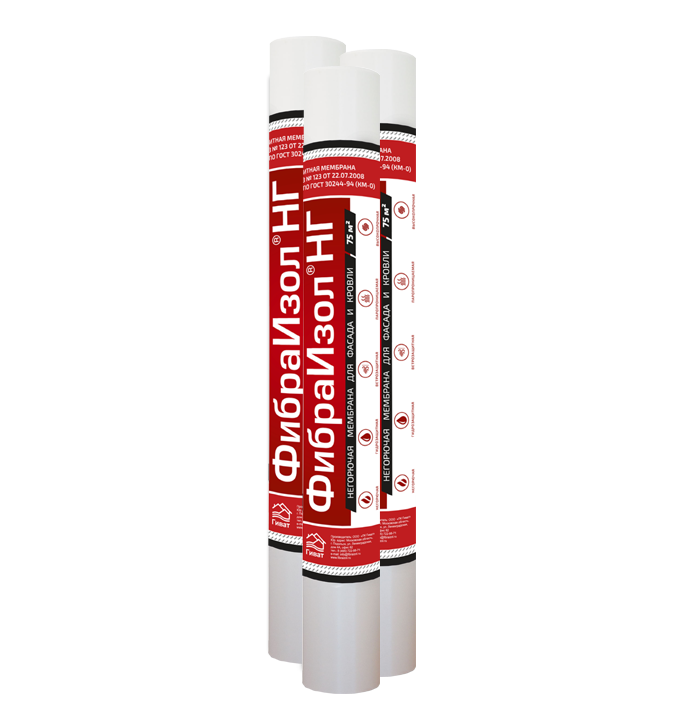 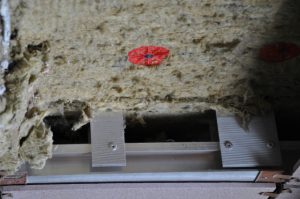 Dew point displacement inside the insulation

Leads to its moisture and destruction of structure. Thermal insulation qualities of the material decrease. 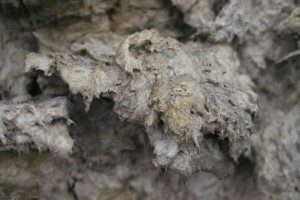 Water vapor permeability is an important aspect when choosing facade and roofing materials. At low rates, the insulation may become overmoistened. Moisture leads to its gradual destruction, shortens its service life and reduces the effectiveness of thermal insulation. Heat loss increases due to the fact that water fills the pores of the insulation. Since the thermal conductivity of water is about 25 times higher than air.

Non-flammable membrane FibraIsol NG has a high degree of vapor permeability. Particles of water do not linger in the insulation, moving to the surface to the ventilation gap, where they are removed naturally under the influence of air currents.